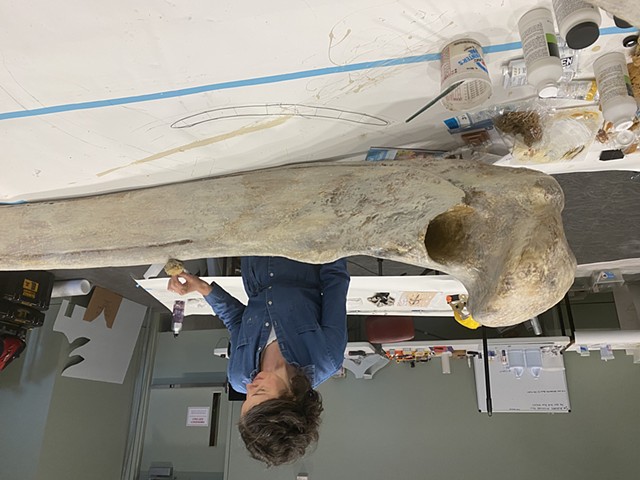 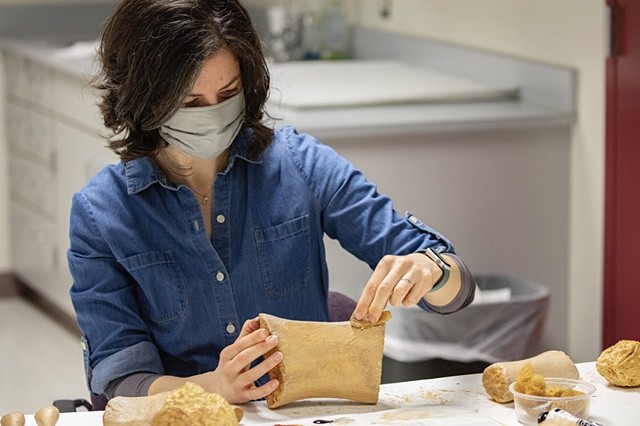 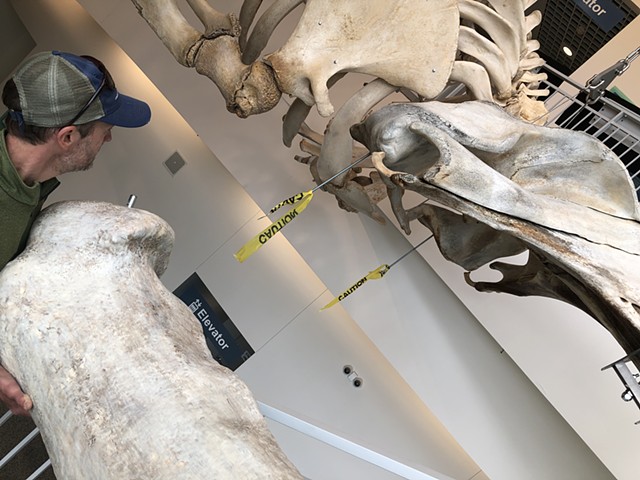 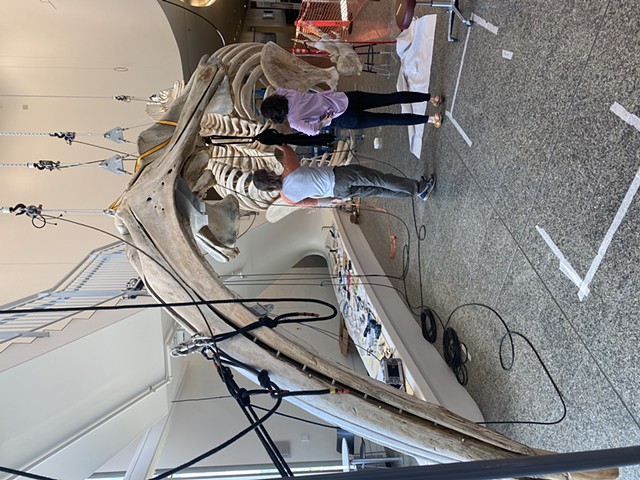 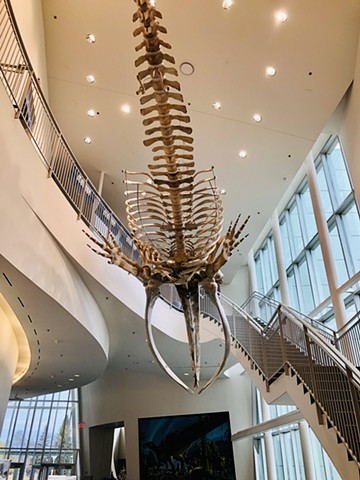 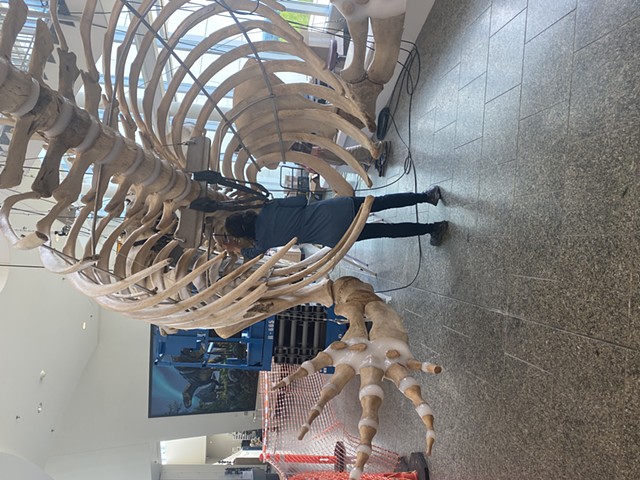 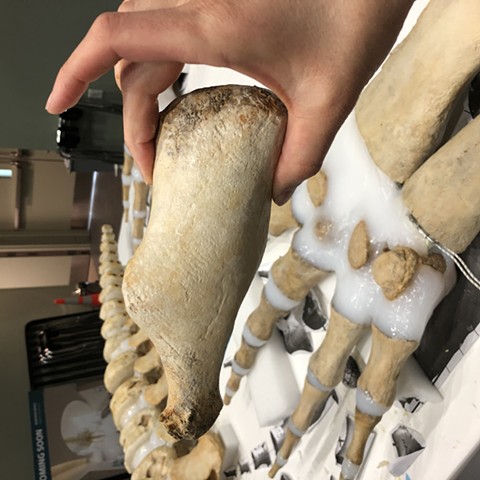 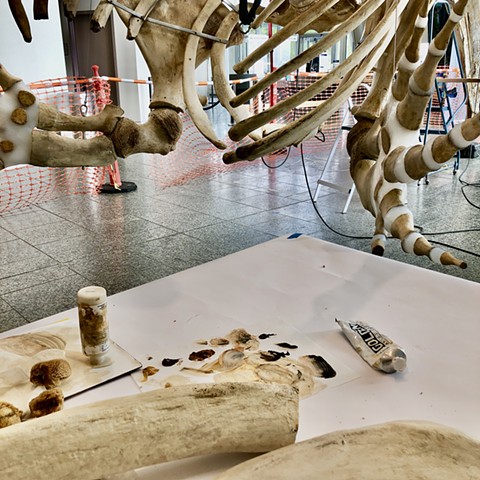 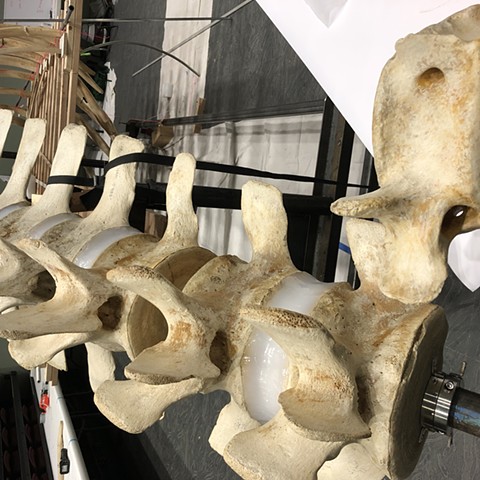 In the spring of 2021 the University of Alaska Museum of the North, led by Mammals Collection Manager, Aren Gunderson, articulated and suspended a 43' Bowhead Whale skeleton from the lobby ceiling. It is currently the only suspended bowhead whale skeleton in the Americas. The specimen, a young male harvested by Alaska Native hunters in 1963 near Utqiagvik (formerly Barrow), has been in the museum's Mammals Collection since 1965, with only the skull on exhibit since 1980. Close to 80 bones were missing or too damaged for display and had to be replicated with the help of 3D printers. The printed bones, made of white plastic, needed the help of artists to blend in with the rest of the skeleton.

The fabricated bones range in size from tiny finger bones to giant mandibles. Most were printed in more than one piece and glued together. The seams then had to be sanded and the bones wiped with ethanol before they could be primed, painted, and coated with a UV filtering matte varnish. Before the first batch of fabricated bones arrived, a primer color close to the lightest shade of most of the natural bones was selected. We closely examined the natural bones to dissect the visible colors and chose a handful of pigments to use. We used Golden brand acrylic paints, the most valuable colors being titan buff, raw sienna, raw umber, carbon black, burnt sienna, and yellow ochre. Also crucial to the process were natural sea sponges and acrylic matte medium. The matte medium was used to thin the paint and make it more transparent. Paintbrushes were used a bit, but sea sponges were more useful for creating the variety of textures needed to make the replica bones look as close to the natural bones as possible. The exhibition of this Bowhead Whale skeleton was made possible by the Bill Stroecker Foundation.